COURSE FINDER
ABOUT
PROGRAMS
PLANNING
CONNECT
GIVE BACK
Donate

We are crew, not passengers.

Colorado Outward Bound School (COBS) is guided by a passionate group of individuals who are passionate about our mission. These professionals have very diverse backgrounds and experience and bring a wealth of knowledge to the organization. Many board members are former COBS staff and alumni.

Andi is a real estate associate with Brownstein Hyatt Farber Schreck, LLP.  Before joining Brownstein, Andi was an assistant instructor in the Rocky Mountain Program of COBS where she led a 22-day mountaineering course in the Gore Range.  Outside of COBS she also worked for a guide company in Estes Park, and prior to that taught rock climbing classes, lead intro-to-mountaineering courses and coached kids climbing teams in Oregon and Washington.  Andi’s other passions include cycling, mountain biking, snowboarding and skiing.  Andi lives with her husband and 3 young daughters, who she loves spending time outside with camping and exploring as much as possible year-round.  She hopes that all of her girls will be on an Outward Bound course of their own someday so that they can experience the transformative change that comes with challenge outside of your comfort zone!

Kathy Schwitzer is a Vice President of Finance at Sage Hospitality, a Denver based Hotel and Restaurant management company.  Prior to Sage, Kathy was a Senior Director of Finance with Vail Resorts and worked with Hyatt Hotels. Kathy’s passions include cycling, skiing and unlocking new experiences for her friends, nieces and nephews in their visits to Colorado and beyond. She has experienced her own growth from setting goals that at first seemed unachievable and the confidence that came with that, and enjoys supporting that mission for others with Outward Bound.  Kathy is originally from New Hampshire and now lives in Denver with her golden retriever.

Jennifer Bales is a senior consultant with deep expertise across a broad spectrum of Human Resources and industries and has experience working with a range of organizations, from non-profits to Fortune 500 companies. Before joining FMG Leading, she served as Senior Director of Human Resources for Vail Resorts, and earlier in her career, as Director of Human Resources for Starbucks. She is also a corporate coach and knows the power of Outward Bound in working with leaders to find new paths in reaching their full potential. She is an avid cyclist and lives with her family in Broomfield, Colorado

COBS has been a part of Gruffie’s life for over forty years. Whether working as an instructor and course director or serving as a board member, she has a keen and insightful perspective on why and how an Outward Bound experience can impact a person’s life. Gruffie has incorporated Outward Bound principles and values into all of the work she does as an organizational development consultant and leadership coach and mentor. As a runner, cyclists, yogi, and mountaineer she also gets to play where she works, and work where she plays. 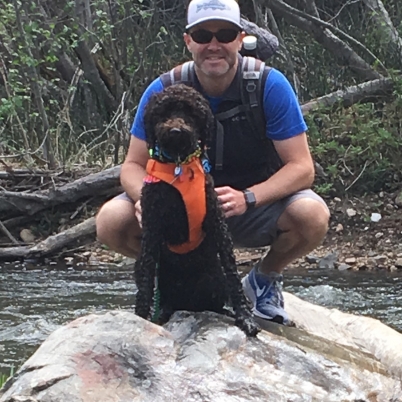 Nic Eliason is Group Vice President at DaVita.  He believes in the lifelong benefit of spending time in nature, and in the importance of passing that along to kids.  Nic, his wife Katie, their dog (Scout), and four boys enjoy road trips, camping, hiking, skiing and otherwise taking advantage of the great Colorado outdoors.

Elan is a Senior Director & General Manager at DoorDash, a global technology platform. Over the last several years, he’s launched and led new lines of business expanding the company’s footprint into grocery, retail and other new verticals. He began his career in Mergers & Acquisitions at Morgan Stanley, served overseas in the U.S. Marines, and continues to serve in the reserves today. An active runner, skier and cyclist, Elan is a 2003 COBS alumni and a lifelong believer in the transformative power of expeditionary learning. He lives in Boulder, CO with his wife and son.

During Bill’s business career, he held senior executive roles at Gillette, Pillsbury and PepsiCo. At PepsiCo, he was Chief Operating Officer at both Taco Bell and KFC.  He also served as Chairman and CEO of Beverly Enterprises, a multibillion dollar health care company from which he retired in 2008.

Bill has served on the board of Korn-Ferry International and is currently a board member of the El Pollo Loco restaurant chain.  He is the Chairman Emeritus of Valley Forge Military Academy and College and is a past member of the Board of Overseers of the University of Pennsylvania School of Nursing.

Bill views himself as a “hard core Outward Bounder”.  He is an alumnus of the COBS Executive Program, his children are alumni of the six week sessions and his oldest son was a COBS instructor at Leadville.  In addition, Bill served for several years on the board of Philadelphia Outward Bound.  Outward Bound created a passion in Bill for hiking and climbing .  He has had the opportunity to climb many Colorado Fourteeners as well as Mt Whitney, Mount Rainier, Mt. Kilimanjaro and Aconcagua.

A 1967 graduate of the University of Pennsylvania, Bill received his MBA from the Wharton School of Business.  He also served as an Infantry Officer in the US Army.

Bill and his wife, Sue, reside in Evergreen with their two dogs.

Amy Humble is a perceptive, visionary, and highly engaging strategic advisor, partner and executive coach. After years working as Jim Collins’ chief of staff, author of GOOD TO GREAT, she took everything she learned about scaling ideas, creating strong platforms, understanding the needs of the executive leader and organization and set out to help leaders achieve impact. She is the Founder and CEO of White River Strategy where her team designs and builds strategies, creates and supports growth and action plans, and empowers leaders and organizations in their efforts to find and sustain excellence. Amy is a Colorado Outward Bound School alumnus and believes that transformational leadership experiences can propel youth and adults to new heights. Amy lives in the Denver area with her husband and son.

Bryan Mix is a retired partner from Goldman Sachs where he ran various trading businesses in New York, Tokyo, Hong Kong, and London.  Prior to this he was an officer in the United States Army.  He is a strong believer in the self-discovery and personal growth that is possible thru hard days in the outdoors.  Bryan lives in Denver with his wife and two of his three daughters. 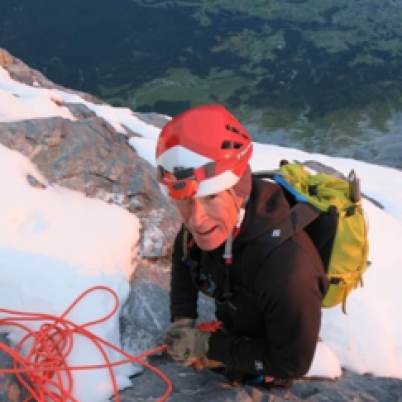 Bob has been a COBS Course Director and Instructor since 2007 and leads both youth and military veteran wilderness programs. Bob is a retired aerospace executive and Marine Corps officer. He remains very active in volunteer work as a Civil Air Patrol Pilot and adaptive sports instructor. He also pursues personal outdoor mountaineering adventures in the U.S., Canada and Europe. He and his wife live in Ridgway, Colorado with their dog Greta and cat Lydia.

Kate Ridgway is an avid environmentalist focused on environmental and outdoor education. She is currently working on the Environmental Task Force for Nueva School and is on the Advisory Board of the O’Donohue Family Stanford Educational Farm, the Haas National Advisory Board, and the Board of Ten Strands, an effective advocacy group focused on promoting environmental literacy in the California public school system for K -12.  She has also served on the Advisory Board of the Tuolumne River Trust which advocates for sane policies around Northern California’s water shed in an effort to protect fisheries and healthy riparian corridors. She is a longtime supporter of the World Wildlife Fund, WWF, and the Carter Center. she was also a founding member of the National Resource Defense Council’s (NRDC's) Environmental Entrepreneurs (E2).

Kate was an instructor for Colorado Outward Bound School from 1982-1988 before receiving her MA in education from Stanford University. She resides in Woodside, California with her husband after raising their three children, two of whom are COBS alum.

Beale Tejada lives in Denver, CO and is originally from Durango, CO. He attended Colorado College and received his law degree from the University of Colorado – Boulder in 2012. He served as an attorney with the Office of the State Public Defender in Colorado Springs for nearly four years. After that, he joined his family law firm, Crane & Tejada, P.C., where he practices criminal defense and personal injury.

Beale loves the outdoors and serves on the COBS Board of Directors so that he can help others – of all colors, socioeconomic statuses, and backgrounds – enjoy and appreciate what the outdoors have to offer. He believes that the lessons learned and the skills gained from challenging oneself are invaluable to individuals and to society as a whole. Most importantly, he wants to ensure that all people have access to these benefits.

David Thurow is a Principal at Prosono, a Denver based business strategy and social impact consulting firm.  With a background in both strategy and operational design and implementation, he provides agility  and operational improvement solutions to help businesses, non-profits and government agencies overcome their complex challenges and reach their outcomes. He is an avid outdoors enthusiast who spends all non-working (and some working) hours outdoors with his wife, two young daughters and vizsla. 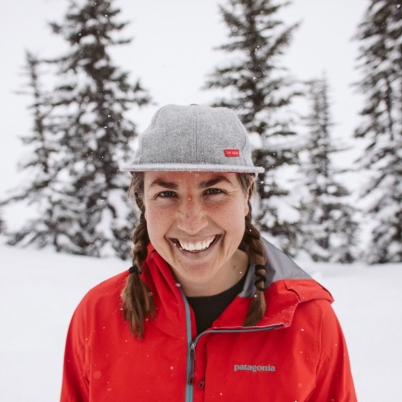 Tarn Udall is an attorney at the Colorado Attorney General's Office. Before law school, she was an instructor and course director for COBS in Moab, UT where she led rafting, backpacking, and canyoneering courses.  Her desire to work for COBS developed while she was a student on a mountaineering and rafting course in Alaska.  She lives with her husband and dog in her hometown of Carbondale, CO. 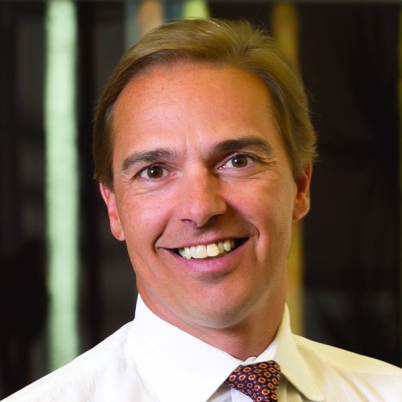 Greg Vallin is a real estate shareholder with Brownstein Hyatt Farber Schreck, LLP.  Greg’s passions include skiing, mountain biking, bow hunting and spending time outdoors with his family.  His love of the outdoors has lead Greg to actively work to preserve Colorado’s most beautiful places through his work with land trusts and landowners.  Greg is also actively involved with the Bailey Hundo to develop mountain bike trails and to offer outdoor experiences to underserved youth through mountain biking. 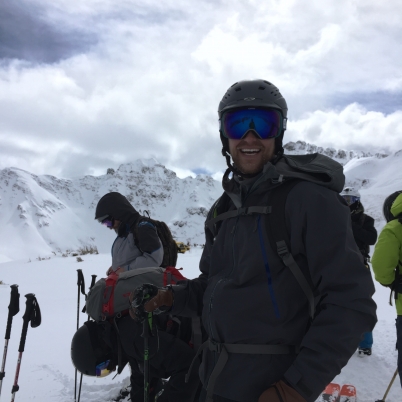 Jon Woods is a co-founder of CenterTable and a team member at GroundFloor Media, its sister agency. With a background in both traditional and digital marketing, he provides strategy and solutions to help clients achieve complex marketing and communications goals. He fell in love with Outward Bound when he took a sailing course in high school. He lives in Denver with his wife and young sons. 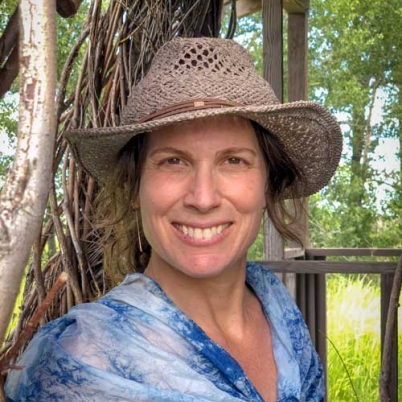 Rebecca Grant Zarret began her career as an outdoor environmental educator, and completed an Outward Bound course for educators while teaching middle school in New York City. Twenty five years later, connecting children with the outdoors and ensuring authentic, hands-on learning experience are accessible to all remains one of her key priorities. This value shapes Rebecca’s work as an educator, consultant, and coach.  She lives with her husband, two sons, abundant plant life, and backyard chickens in Denver.  She is a proud DPS parent and board member of the Denver Public Schools Foundation.